The Religious Society of Friends had its beginning in England more than 300 years ago in a time of great religious and political turmoil.  The established church put great emphasis on outward ceremony and very little emphasis upon inward experience and righteous living.  As a result, many people were restless and dissatisfied, seeking for a religion of personal experience and direct communion with God.

George Fox, the leader of the Quaker movement, was born in 1624.  Although an earnest seeker, he could not find peace and satisfaction in the established church.  When, after a long search, he despaired of finding help from the religious leaders of his day, he heard a voice within saying, “There is One, even Christ Jesus, who can speak to thy condition.”  This glorious witness of the living Christ within his own heart was the answer to his search for reality.  He had found the way to direct communion with God – without ritual or ceremony and without the help of ordained clergy.  This was a revolutionary discovery for his day, and he soon ran into strong opposition.  George Fox and thousands of his followers were imprisoned in the years of terrible persecution that followed.

These Friends, sometimes called Quakers, were concerned to find again the life and power of the early church.  They sought reality of experience and were little concerned with ritual and speculative theology.  In worship, they met together seeking for the living presence of God as an immediate and present reality.  In everyday life, they were known for sincerity, honesty, simplicity, gentleness, and loving kindness.

“In a day of shams, it was a religion of veracity rooted in spiritual inwardness and a return to something more like the original truth than men have ever known in England.” – William James, philosopher

The movement grew rapidly in the latter half of the seventeenth century, and by the time of the death of George Fox in 1691, there were between 40,000 and 50,000 Quakers in England.

Great numbers of these early Friends came to America.  Pennsylvania was settled under the leadership of William Penn.  Other colonies, such as New Jersey, Maryland, Rhode Island, North Carolina and others, had large numbers of Quaker settlers.  Today Friends are scattered around the world. Interestingly enough, the largest yearly meeting is neither in England nor in the United States, but in Africa.

The name “Friends” is taken from the words of Jesus: “You are my friends if you do what I command you” (John 15:14).  The term “Quaker” was first a nickname given to early Friends because they “trembled under the power of God.”

In his early ministry, George Fox had not thought of forming a new “denomination.” In the following years, however, some organization became necessary.

The Quaker system is very simple.  The local group is called a meeting, rather than a church.  The gathering for worship is called a meeting for worship, not only because the people meet together, but also because they meet God. The local group is called a monthly meeting, because the meeting for business (called monthly meeting) convenes once a month.  All the local meetings in a given county or similar area assemble four times a year for worship and business; this is called a quarterly meeting. The quarterly meetings in a given state or locality send representatives to an annual gathering called a yearly meeting.  Several yearly meetings have associated themselves together in a cooperative group which meets every three years, with headquarters in Richmond, Indiana. This is called the Friends United Meeting.

In a monthly meeting (quarterly meeting or yearly meeting) the principal officer is a clerk, who sits at the head of the meeting for business.  The whole group seeks to find the will of God in a spirit of worship.  The clerk does not take a vote but seeks to find unity of mind and heart upon which the group can take action.  If there is disunity, action is delayed until harmony can emerge. Friends proceed upon the basis of Paul’s counsel to the church at Corinth:

“I appeal to you, brethren, by the name of our Lord Jesus Christ, that all of you agree that there be no dissensions among you, but that you be united in the same mind and the same judgment.” – 1 Cor. 1:10

In organization, the Society of Friends is a democracy.  There is no authoritarianism of any kind.  The accent is upon freedom – true religious liberty which is extremely rare in the world. In seeking to be “led by the Spirit,” Friends are striving toward the ideal expressed in Romans 8:14: “For all who are led by the Spirit of God are sons of God.”

In the early days, Friends did not have pastors, and some yearly meetings are still unprogrammed, or “non-pastoral.”  Most of the yearly meetings belonging to the Friends United Meeting adopted the pastoral system because a full-time person was needed to promote the spiritual interests and general activities of the membership.  In most meetings, there is a period of silent or open worship, and individuals are urged to participate as they may feel led.  Silence in itself is not worship; rather it is the opportunity to worship, to pray, to seek, to listen and to commune with God.

Historians generally agree that the Quakers have wielded an influence for righteousness far out of proportion to their numbers.

Quaker concern has always reached out to the poor, the oppressed, and the suffering. For example, in eighteenth-century England, the mentally deranged were imprisoned, chained, and beaten. The Quakers felt that this cruel treatment was not right and that disturbed people should have loving care, a peaceful atmosphere, and some interesting work to do with their hands.  Thus Friends laid the foundation for the modern care of the mentally ill and established the first institutions for this purpose.
In the settlement of America, William Penn, and other Quaker leaders, felt that the Indians should be treated with “openness, brotherhood, and love.”  In turn, the Indians pledged their good faith and friendship so long as “the creeks and rivers run and while the sun, moon, and stars endure.”  While other settlers were fighting wars with the Indians, the Quakers lived with them in peace.

The first public protest against slavery in America was made by the Quakers in Germantown, Pennsylvania, in 1688.  From that day forward the Friends were leaders in the movement for the abolition of slavery. 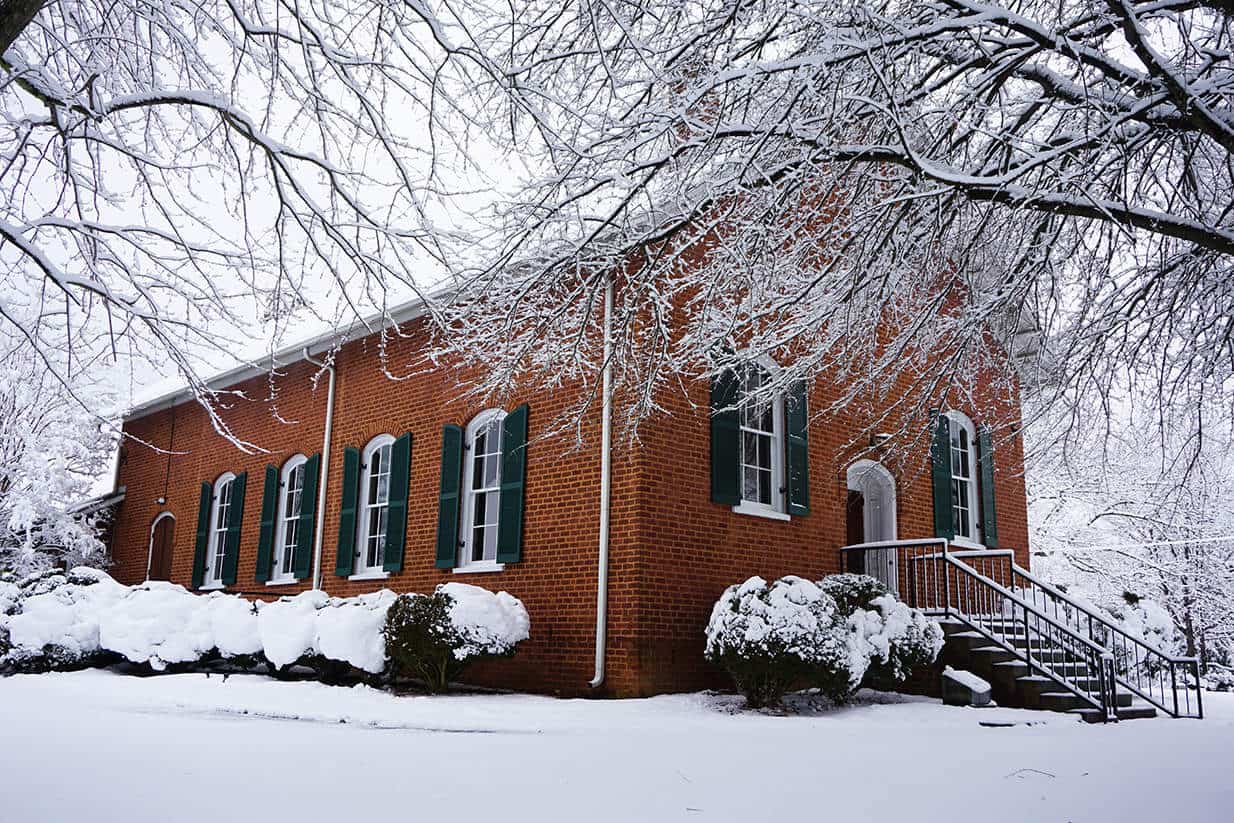 The Friends were centuries ahead of their times in granting equality to women in the affairs of the meeting, in education, and in civil rights.  The democracy which we enjoy in America today is due in no small measure to the ideals of the early Friends in refusing to recognize rank or title as a mark of superiority.

When the Constitution of our country was written, the founding fathers turned to the wisdom of William Penn and included much of his thinking and a great deal of his actual wording.

One of the greatest contributions of Friends through the years has been in the realm of peacemaking. In 1947 the American Friends Service Committee was awarded the Nobel Peace Prize “in recognition of a 300-year-old ideal.”  Friends seek to live in that spirit which takes away the occasion for war.

“Who Are the Friends (Quakers),” a pamphlet by Seth B. Hinshaw (credit: NCYM)