At the 2014 Yearly Meeting sessions, there was an attempt to address these concerns. Unfortunately, the discussion was very non-productive. We came out of Yearly Meeting with a committee assigned with the task of addressing these issues using queries that were developed at Yearly Meeting. This committee (called the “New Committee”) has brought recommendations to the Representative Body sessions over the past year. Some of their recommendations have been approved, some have not. What has evolved is a clear sense that there is division within the Yearly Meeting along theological lines. To date, there has been no resolve.

At the recent Representative Body Meeting (June 1), the options that have been emailed out were presented to the gathered body. Again, there was no resolve or “sense of meeting”. It was decided that a called Representative Body Meeting would be scheduled for Saturday, August 1, at Holly Springs Friends Meeting beginning at 1PM. Our Clerk, Mike Fulp, Sr., has asked that each meeting bring to that Representative Body a statement indicating which of these options they would favor or support. Of course, a local meeting could say that they don’t favor any of them but the hope is that some direction will be evident after August 1.

To that end, Deep River Friends is going to have an Information Meeting on Sunday, June 28, from 5:00pm-6:30pm in the Fellowship Hall. The purpose of this gathering will be to shed any light, answer any questions, and give an overview of each of these options. We also want to be able to hear the mind of the meeting so that we can be clear about what we want to offer on August 1 at Representative Body. We will also have our regular Monthly Meeting for Business on July 9 and it will be discussed further at that meeting.

As we engage this process as a local meeting, you can play a part in the following ways:

The truth of the matter is that our Yearly Meeting will probably look different after August 1 or our Yearly Meeting Sessions (Labor Day Weekend). The unknown is that we don’t have any idea what that entails. What we do know is that the engagement of folks matters and the prayers matter. Ultimately, we are seeking God’s wisdom and will.

If you need to have the information and “options” mailed to you so you can review them, please let me (Scott) know and I will get them to you. 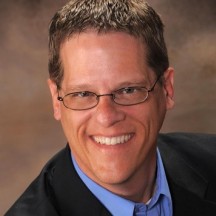 Scott Wagoner has served as pastor of Deep River Friends Meeting since 2002.